We all known that naturally Water is blue — isn’t it? Well, it seems Mother Nature likes to keep us on our toes, and that means water is sometimes, well, the color of bubblegum, it’s not kidding, Australia has a few unbelievable natural wonders which make anyone`s baffle and wonder, among them most prominent is its weird dark pink lake which lies about 130 kilometers (70 miles) from Esperance, or an eight-hour drive from Perth City.

On Middle Island off the southern coast of Western Australia sits Lake Hillier, one of Australia’s most famous pink lakes. In 2015, a team of researchers from the Extreme Microbiome Project (XMP) decided to conduct an investigation behind the lake’s vivid pink hue. In the past, people speculated that the color could be due to its high salt content or from microalgae. The XMP researchers wanted to know for sure, as they suspected that certain extremophiles that thrived in the harsh, salty environment of Lake Hillier might be the true cause. They collected water samples, then performed DNA analysis on what they found. In the end, they found 10 species of salt-loving bacteria and several species of Dunaliella algae — all of which are some shade of pink or red. While these are all probable causes, they found something even more surprising. A single species of bacterium called Salinibacter ruber was responsible for 33 percent of the DNA collected. Scientists suspect that this bacteria is the most likely source of the beautiful pink color, not microalgae. Looks like Mother Nature can’t trick us for too long!

Now imagine yourself diving into a bubblegum-colored lake. Despite bacteria being the reason for the strawberry milk color, Lake Hillier is totally safe to swim in. In fact, the lake’s high salt content likely makes the water so dense that you’d float incredibly easily, the way you would in the Dead Sea. But with that being the case, you’re probably wondering why you don’t see more Instagram posts of people swimming in the cotton-candy water. 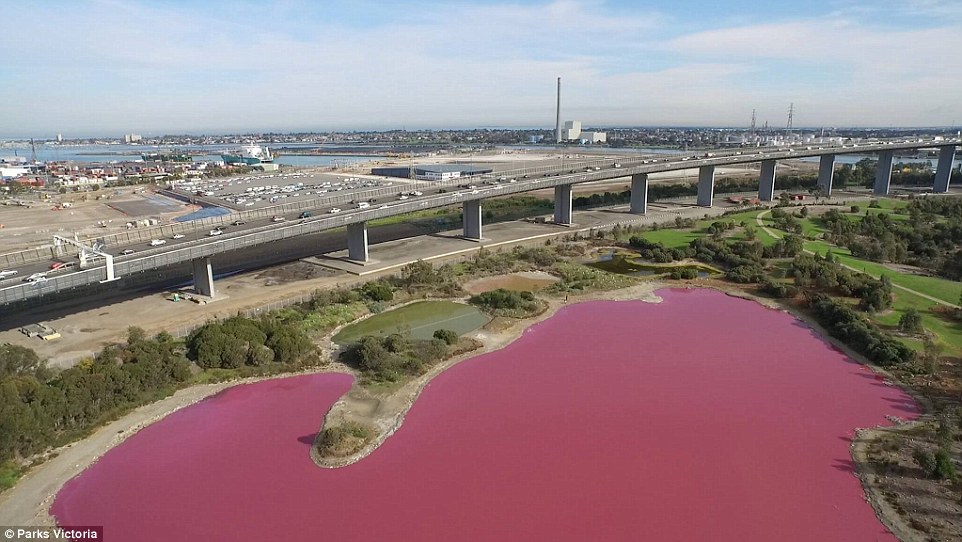 It’s not the aesthetic that’s the problem. Unfortunately, traveling to Lake Hillier is extremely difficult because it’s on a tiny island that can only be reached by boat or helicopter. But if you can get there, dive into that pool of pink and you’ll be fit for a photo op. Bon voyage!

The information presented in videos as well as textual articles on this website are based on the writers’ own research, analyses and sources. The organization, VeryNewsy, does not necessarily agree with the views, research and analyses that have been expressed or presented. Got it
Privacy & Cookies Policy

Any cookies that may not be particularly necessary for the website to function and is used specifically to collect user personal data via analytics, ads, other embedded contents are termed as non-necessary cookies. It is mandatory to procure user consent prior to running these cookies on your website.